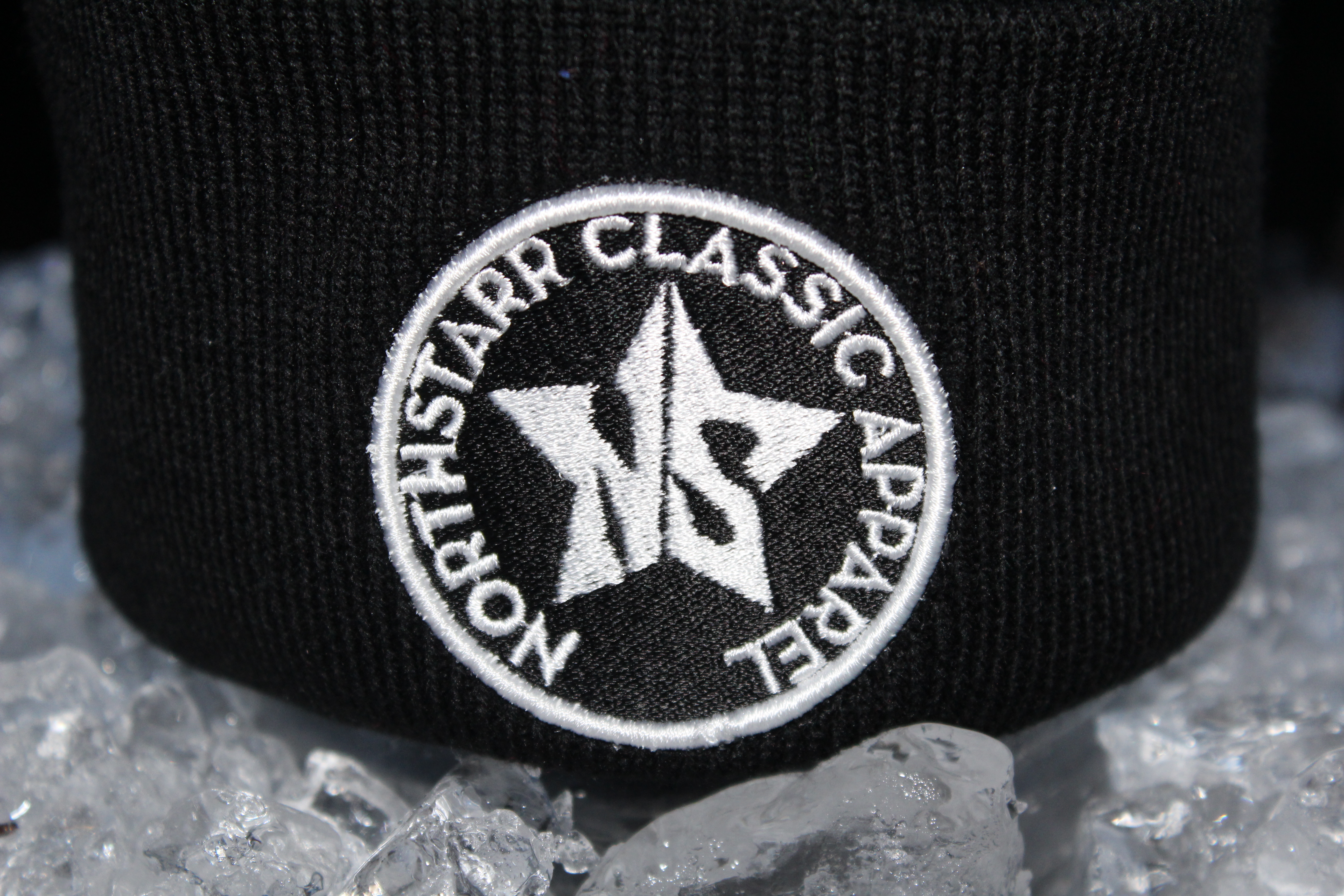 NorthStarr’s Notes:  The first indication that the NorthStarr Class Apparel Beanie by NorthStarr Media Group would be released was via a post that had a close-up shot of the logo that said NorthStarr Classic Apparel.  The aim is to differentiate the production company from the clothing side of the business. Until recently the clothing had the same logo as the media company. We are making a strong push toward the NorthStarr Classic Apparel name and logo.  Thus, we thought that it would be a wise decision to put the name front and center.  The Starr logo is presented without the circle around it for the first time. The name NorthStarr Classic Apparel wraps around The Starr.  The combination of the two is the first installment of drawing a line in the sand between NorthStarr Media Group and NorthStarr Classic Apparel.  Thus, the skully was our leading item to set the tone.  Due to the time of year which was the Winter we incorporated a cold theme.  This is to play off of the chilly temperature that this time of the year can bring. To create this sort of environment we placed the hat on the ice.  This was done to add the connection to the cold times’ people could possibly be experiencing and the actually winter climate. 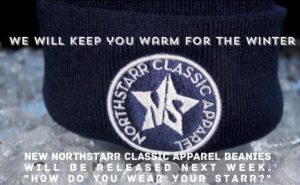 The climate and time of the year allowed us to utilize our positive quote marking technique. It’s our goal do be encouraging whenever there is an opportunity. This who we are as an apparel company.  The leading post quote said, “We will keep you warm for the winter.”  The intent was literal and figurative. These hats are designed to keep one’s head and ears warm but the following post that would introduce the different color and styles of hats would be accompanied with warm words. One example of that is the post that displayed the black, white, and gray beanie with the pom pom.  It read “Shine even when times are cold.”  The goal is to help people push through the tough times in their life.   The holidays can be tough for people that have had loved ones pass etc. All the post corresponding to that one was in the same vein.

The combination of creating images that project a cold feeling, coupled with encouraging quotes that are trying to help with the tougher moments in life, was the goal of the NorthStarr Classic Apparel Beanie release. The other goal was to try and raise the visibility of NorthStarr Classic Apparel and give it legs of its own. This isn’t something that will be done with one hat. The goal can only be accomplished through repetition.  It’s the constancy that will be the determining factor.

NorthStarr Classic Apparel Beanies can be purchased at our STARR STORE.

If you have any questions, leave a comment or email us at info@northstarrmedia.com. Thank you for reading our notes!

“How do you wear your Starr?”