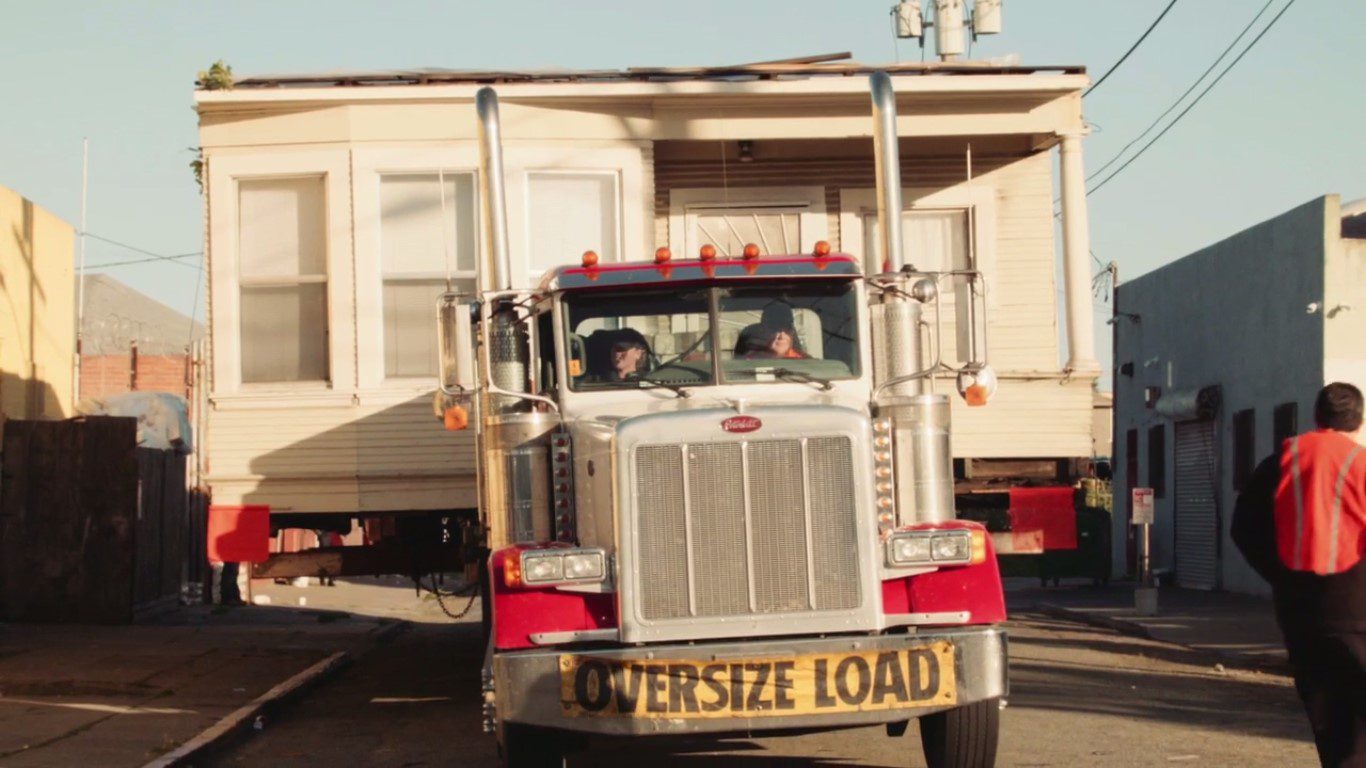 11 NovThe Proof is in the Promo Video: The House Moving Edition

NorthStarr’s Notes:  All businesses can benefit from a promo video, especially those that have a strong visual component built into their model.  This is truly the correct marketing strategy for Rogers House Moving.  With their promotional video, they are able to give clients and potential clients an up close and personal look at their house moving process as well as their capabilities.

INTRO TO THE VIDEO

In the first interview, Mike Rogers (owner of Rogers House Moving) explains the process of a normal house lift.  This step by step account gives their target market the opportunity to see their meticulous approach to physically lifting a house in the air.  This portion of the video is important because it gives a glimpse of the teamwork, safety, and care, that Rogers House Moving takes in their approach.  People want to know that a company will treat their homes with respect when they have a service provided.  In less than two mins they establish their systematic approach.

We learn about their approach when working with large buildings in the section of the video entitled SF C.A. Project.  This is good information for their audience because it shows that they understand the proper steps that should be taken when moving a large building.  They provided details about not only what they are doing but why they are doing it.  For example, it’s explained that “outriggers” on a truck keep the truck from rolling over when working on the house.  This information will surely put those at ease who are in the market for a company to raise and lower a house, especially large buildings.

In the section entitled Piedmont CA Project there is an explanation about what, they are doing on this particular project.  Although it is the shorter of the sections it gives homeowners an idea of what the possibilities are. In this case, the owners decided that they wanted to make some additions to their house. They wanted to add a room below the house and a wine cellar.  By providing the end goal of the homeowner it allows the viewing audience to make a connection.  At least to those that have similar goals.

The section label Oakland CA Project had a truly ambitious goal. Possibly the most visually stunning of this video because there is a big segment of the population that has never seen a house physically moving down the street. This part of the promo provides a great backstory to why the building is being moved from one location to another.  The Voice Over accompanied with corresponding video images (B-roll) truly provides information on the ways in which Rogers House Moving goes about a move. They give a very real account of what they encountered during this process.  This includes challenges. The fact that they added their obstacles, works in their favor. It shows their ability to think on their feet and adjust to whatever is put in front of them literally.

In the “Directing the job” section of the promotional video the viewers learn about the various jobs and the duties. This lets their clients and or potential clients know that they have the staff to pull off a big job and they know what it takes to move a building through streets.  The video is capped off with a testimonial from the homeowner.  This is important because this proves that all of the steps taken by Rogers House moving met the approval of the client.  Thus, proving that their work is top notch.

It’s important to prove the greatness of your company no matter the industry.  A business should also understand what their target market wants to know.  Think of the main topics as bullet points and highlight your attention getters in the video. In the case of Rogers House Moving there is a great deal visually to experience due to the nature of the business. However, for industries that don’t have a wow factor visually, the uniqueness can be explained and that can drive interest.  This is all predicated on what a brand has to offer. The more a company understands their business and target audience the better.  The key is to combine those factors to give one the best chance of having a successful promotional video.